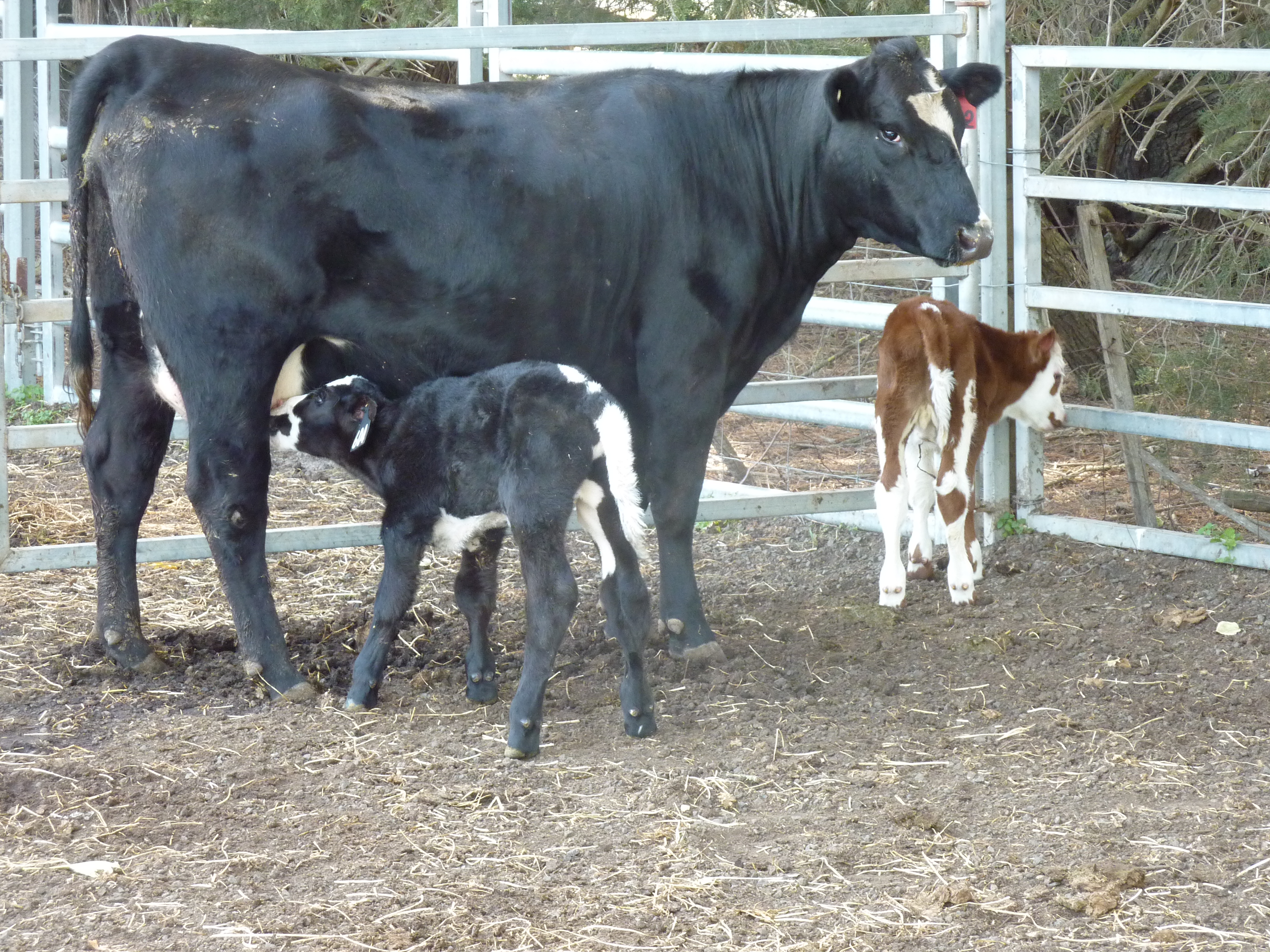 Dr Leo Cummins is a scientist who researched beef and sheep with the Victorian Department of Primary Industry at Hamilton, until his retirement in 2002. During his research career, he investigated high fecundity livestock systems, including Booroola sheep and cows producing twins using embryo transfer. While the cost of embryo transfer was hard to justify, the productivity and management of cows with twin calves looked very promising. Leo became aware of the Meat Animal Research Center (MARC) twinning herd from Nebraska which, through a process of selection over 30 plus years, has resulted in cows with a twinning rate of about 50 per cent.

Leo and Liz Cummins have been working with several other producers in the region to develop commercial herds of twinning cattle based on imported embryos and semen from the twinning research herd at MARC.

The first imported embryos were implanted into cows at “Ivanhoe” at Cavendish in 2004, and the progeny are now producing twin calves at a rate of about 50 per cent. We have made several other importations of both semen and embryos since then.

The “Ivanhoe” farm at Cavendish was sold in November 2018 and in January 2019 we shifted much of our herd to “Admetus” at Byaduk North.

The name Admetus comes from Greek Mythology where Admetus was king of Thessaly. As the myth goes, the god Apollo was sentenced to a year of servitude to a mortal as punishment. Apollo chose Admetus’ home and became his herdsman. Apollo in recompense for Admetus’ good treatment made all the cows bear twins while he served as his cow herdsman

We felt the need to scale back a lot, so we have decided to finish up with the sheep but keep some twinner cattle going. We kept 54 pregnant cows, 14 weaner heifers, 3 bulls and 3 weaner bulls and calving has just started (as at 16 March 2019, all multiple births from the first 10 cows to calve, however there has been some dystocia due to posterior {reverse} presentation).

The rest of the pregnant cows and weaner heifers were sold to John Keiller from Cashmore Park at Portland. John already had some twinner cattle and we put some twinners on show during the Stock and Land Beef Week at his Heathmere property on 3/2/2019. Between us we are also putting together a data base of twinner cattle. We are working with IGS and ASA to obtain and improve a multibreed genetic evaluation of our cattle.

We have made a number of visits to MARC in Nebraska over the years to discuss the twinners and review the herd with the scientists involved. We have directly purchased  bulls for semen collection and importation. We have also maintained close contact with Mr Al Joiner from the Cariboo region of British Columbia, a keen breeder of twinners based on the MARC line. He has also been able to provide twinner embryos in the past and is currently collecting more embryos for us. These are some nice meaty types which are red and polled.